The following is how I have been processing the events in Charlottesville through my lens as a social studies teacher.

It seems like every time some national crisis involving race occurs, my email inbox and Twitter feed fill up with articles and curriculum designed to “help” students and teachers make sense of what happened. If that were purely the case, I would champion this sharing of resources and ideas. In some cases, the articles are informative and unbiased. What I inevitably end up discovering is that most of them are not. A lot of the articles consist of those that condemn neutrality in the classroom, those that condescend to me as a white, male teacher who is unable to see my own white fragility and white privilege, and those that proclaim there is only one side to take.

Much of this is ridiculous, but let me be clear first. In the most recent racially charged tragedy in our country, the protests and terrorism in Charlottesville, there are a few things that I am not neutral on. The white supremacist who allegedly ran over counter protesters with his car is a terrorist and a murderer.

The KKK, white supremacists, and Nazis who started the protests are ignorant, hateful bigots who have no respectable place in our modern American society.

From many different accounts, it appears that these same protesters instigated and carried out the lion share of violence, leading me to believe that the aggression and violence was not evenly distributed between the protesters and counter protesters.

With that being said, I believe there is much more that can be debated without “the other” being condemned as evil or racist. First and foremost it is the right of all Americans to practice free speech in public areas after receiving a permit from the appropriate government organization. This must never be denied to those who wish to voice their beliefs, even if that voice is spewing hate and racism (For more information about this issue and how the ACLU is under fire for supporting the white supremacist protesters, read the article attached to the video link above).

In Schenck v. United States (1919), the Supreme Court denied an American citizen his right to freely speak out his opposition to the draft during WWI, citing that his words were “of such a nature as to create a clear and present danger that they will bring about the substantive evils that Congress has a right to prevent.” This was as unconstitutional then as it would be now to limit the free speech rights of hateful racists. Am I not allowed as an educator to allow this opinion in my class because it does not tow the line of the “only side” we Americans should take or because of the clear and present danger associated with this speech? I think it is more important for me to facilitate a discussion around reconciling our hatred of racism with our love of civil liberties. Young Americans need to know that it is in the most tumultuous of times (war and national crises) that we must be the most protective of free speech. On a side note, why don’t we let these ignorant bigots speak as often as they want? Their arguments make no sense, and their rhetoric shows them to be the fools that they are.

Another “side” that I think deserves acknowledgement is that while most of the violence came from the right wing extremist protesters, there was violence originating from the left wing extremist protesters as well (More information about this here). Am I not allowed to let students talk about this reality because it taints the agenda of some to portray this as a completely one-sided problem? Telling the truth is the best strategy for a movement that has nothing to hide. I do not believe that acknowledgement of limited violence from a minority of the counter protesters soils the motives or righteousness of their cause. What it might do is teach liberal and conservative students alike to use their written words, spoken words, and peaceful protest to affect change instead of using violence. Would Martin Luther King, Jr. disagree with this approach? We must condemn all violence at protests, regardless of which side it commits it.

Finally, am I not allowed to let my students discuss the pros and cons of the removal of Confederate statues? Must I teach that all who want to preserve these statues are racists? Must I teach that Robert E. Lee had no admirable qualities? Can’t the students decide for themselves? Whatever happened to freedom of thought, freedom of speech, and freedom to peacefully protest and assemble? When did some on the left become so opposed to the very principles that liberals fought so hard for in the 60s and 70s? Why do many in our country scold those who discriminate on the basis of skin color, gender, ethnicity, and religion, and then tell white, Protestant, males that they are all privileged, all fragile, all implicitly racist, and all part of a systematic problem in this country? Isn’t that racism? Like Dr. King, I want to live in a world where people are, “not judged by the color of their skin but by the content of their character.” Does that apply to whites too, or is it okay to stereotype us and our views?

When my family and I had one or two cans of food to our name back in 2004, it didn’t seem very much like privilege. When I dropped out of school for a while to work and help pay for my family’s bills, it didn’t feel much like a privilege. When my dad was so consumed by meth that he missed my college graduation and wedding, it did not feel very much like a privilege. By no means do I claim to know what it is like to be black in America today. I imagine that it is quite challenging at times. I assume that it differs, depending on the individual person and where they live. If this is true, then why are all whites labeled as privileged and fragile around the issue of race instead of treated as individuals?

When I have taught students of many different races, religions, sexual orientations, and political ideologies, I don’t recall feeling fragile when confronted by them about our differences and embracing them fully. When my wife and I lived in Uganda for six months, I don’t remember any implicit biases leading me to inadvertent discrimination of the black Ugandans we interacted with daily. I do however remember how it was our humanity and our faith that united us as we forged close friendships that will last a lifetime. You see, we chose not to focus on our differences. We chose to acknowledge differences and focus on our similarities. A funny thing happened. We joined together to change lives, alleviate poverty, and save souls. This is possible in America too if we choose to see what we have in common instead of what we disagree about.

While I just shared many of my opinions here, I choose to remain neutral in the classroom. I make it clear that racism is unacceptable and extremist terrorism is intolerable, but I refuse to indoctrinate my students in either conservative or liberal ideology. It is not my job as a social studies teacher to teach my students what to think. It is my job to teach them HOW to think. We might agree upon many facts that are based on historical consensus, but I make sure that students see how much even historians disagree about. We must all choose a side when it comes to racism, and I firmly believe that there is only one side for honorable, upright, and morally-conscious people to take: racism is wrong, wretched, and deplorable. When it comes to other aspects of what happened in Charlottesville and why, students should be allowed to see multiple perspectives and make an informed decision. 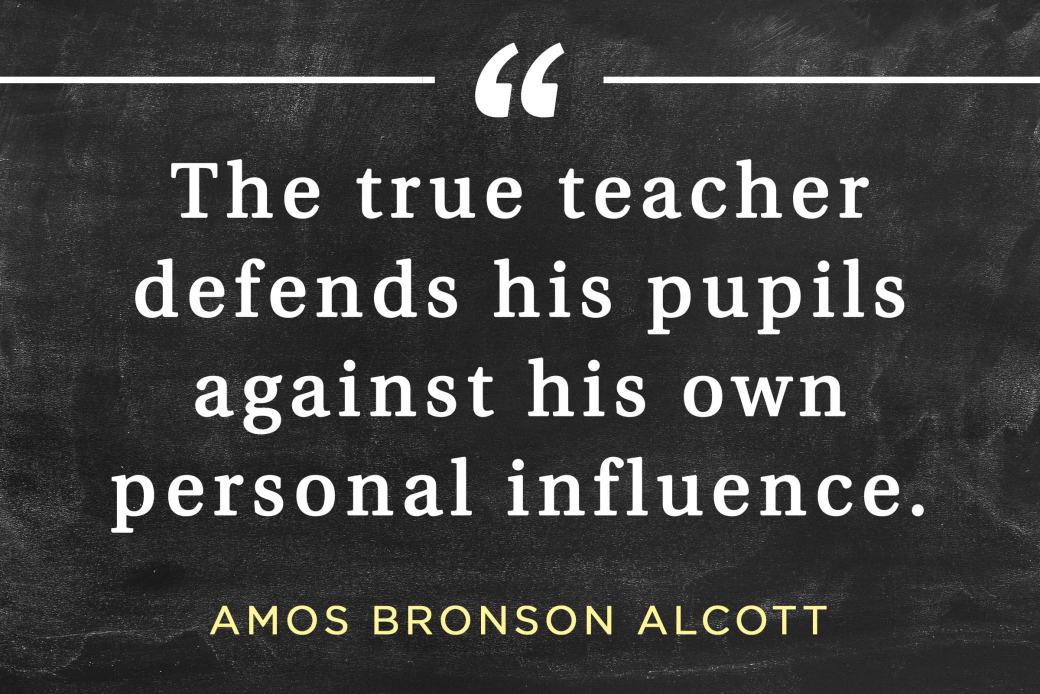 I pledge that my students will dig into and respond to many sides of all controversial issues. I will allow students to disagree tactfully. I will maintain a respectful environment and promote intelligent discourse. Students will learn what motivates the Black Lives Matter movement AND the Blue Lives Matter movement. Students will compare arguments and actions of the Alt-Right AND the Antifa.  There will not be any, “Recite after me…” in my classroom. I will not cave to the demands that there is no neutrality allowed in the classroom and that only one side should be presented. As a teacher and student of history, few things sound more Nazi-esque to me than that.

2 thoughts on “Recite After Me… (Teaching About Charlottesville)”